In 2006-2011, the department was headed by Robert Adamia, a renowned scientist in the field of mechanical vehicle dynamics, the founder of a new, highly important scientific direction - the optimization synthesis of heavy vehicles. In addition, he was the founder of the Department of Pressure Processing of Metals at the Georgian Polytechnic Institute. Under his supervision, 20 doctoral and numerous candidate dissertations had been prepared. Academician R. Adamia has published more than 200 articles and 12 monographs, on which he has been awarded state and national awards by Giorgi Nikoladze. His works have been published in Germany,

USA, Russia, Spain, Romania, he has been a member of the World Scientific Center of Mechanics (Udine, Italy) since 1990. Since 2012, the head of the department is T. D. M., Professor SlavaMebonia. His work was published in Germany, USA, Russia, Spain, Romania; Since 2012 he was the member of the World Mechanics Scientific Center.

79 textbooks, 12 monographs and several hundred articles have been published by the staff of the department.

The department deals with the following fundamental and applied problems: 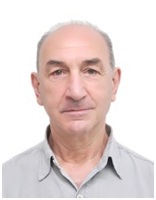 Employees of the Department of Mechanical Engineering and performed works by them: